The Footy class insignia as we all know is the “Footprint” shown here.

G.2 The class insignia shall be displayed on both sides of the mainsail as shown in the diagram. They may be handed and placed back to back.

My question is which way around should they be.
I am sure that somewhere I read that the big toe should be toward the front but I cannot find that instruction now that I look.
Should there be a convention or a recommendation or a rule or does it not matter and I obviously have too much time on my hands and not enough to think about.
The class webpage shows both orientations so is not a lot of help.

Perhaps the proposed “MINIMULTI” class should have the insignia of two feet side by side and opposed (as you see when you look down "bending over to see past the tummy in my case [SIZE=2]) :lol:[/SIZE]

I would say big toe forward as drawn above.

And while we are at it I would like everyones insignia to be the same size.
Helps the boats all look uniform…like they belong to a class or something:)

perhaps a height dimension should be added to help when printing.

for the multi’s, the same foot-logo, with the 12 (cubed) in the middle?

I keep the big toe closest to the mast and that makes mine handed (footed?). It’s displayed that way on the graphic at the bottom of the rules page. It’s also displayed the opposite on the rules summary PDF. :scared:

I would say big toe forward as drawn above.

And while we are at it I would like everyones insignia to be the same size.
Helps the boats all look uniform…like they belong to a class or something:)

perhaps a height dimension should be added to help when printing.

I have also been recommending in the kit instructions that the supplied footy logo template be used with the big toe pointing forwards. Just looks right that way.

It looks like we have some right-handed opinions so far. Are there any left-handed Footy owners?

So how high should the logo be anyway??

In the one rules document, there is a Footy graphic, andthe caption is “Full size Insignia.” Just measure off that.

As a starter… the footy logo template in the Kittiwake kits gives a logo measuring 41mm from tip of toe to bottom of heal. This looks like a nice size and is the smallest practical for making a template I found.

Yes, Tomo - but make sure that the printer is not scaling it. The original is on A4 (international) paper rather than some local US size.

I would say a tolerance of plus or minus 2mm would make sense once the size is established.
I have approx 1000 logos in circulation from my plans and kits.
My logo mearsures 54mm in height and was around before the Footy rule.

Seems we will need an official answer.

Just to be clear here…i don’t really care what the official size is deemed to be,I only care that future boats have them all the same size,I think this is very important to the “look” and “feel” of the class

Mine are all 52mm. I traced the first one by holding a piece of paper to my monitor. I always thought the “full size” label was silly since screen resolution or page size could alter the size greatly.

I propose 50-55mm. I’m hoping that Graham can retool his templates and doesn’t have a million of the things stocked. :scared: I don’t think I’d ever fail a boat for logo violations either.:rolleyes:

I downloaded the .jpg file of the footy insignia on the rules page, printed that at 100%, and used it for my template. One would expect that to be “full size”. Never did measure it 'til now, but it measures 39 mm.

Where did that .jpg file come from? Does somebody have the original artwork?

I propose 50-55mm. I’m hoping that Graham can retool his templates and doesn’t have a million of the things stocked. :scared: I don’t think I’d ever fail a boat for logo violations either.:rolleyes:

Quite frankly it is not the stock pile of templates I have which concern me so much as the many boats out there which have used my templates on their sails. The templates were designed in good faith to be as close as I could to the official ‘full size’ drawing as shown on the rules sheet. As Doug points out this is 39mm or thereabouts (according to exact print size). So my 41mm is as stated, as close as I could manage to that.

It would seem rather like moving the goal posts now if I discover that the full size logo on the rules sheet .pdf is actually not even close to some other 54mm logo. If the logo was intended to be 54mm then why was that not the size on what has always been peddled as the official ‘rules sheet’?

The 7" beam was also around before the footy rule, but the footy rule now states 6" max… as it states the logo shown is ‘full size’.

Well, I’m trying to look out for everyone, Graham. Your templates and other’s logos made from printed rules. There’s seems to be quite a bit variability in printing.

So, what size logo do we want? Let’s find consensus and then work it into the rules. I also still don’t think I’d fail a boat on a logo violation. At least not until a size is stated in the rules.

My printed rules make a 50mm logo. Holding a ruler to my monitor measures 60mm. I first traced the logo off another monitor and it was 52mm. The logo on the graphic at the bottom of the rules page is the same size as the sail numbers. 40mm seems a bit small to me.

This is getting positively Byzantine!

and read about ISO and US paper sizes.

Now go to the web site. Bring up the piece of the rule with the ‘full’size’ version of the logo. Go to File -> Print Set Up and set the paper size to A4. It is my undetstanding that this will result in a logo the right size. If anyone has the time and/ ability it might be a good idea to to put an absolute line 1 cm long into the diagram and forward the result to Charles Hall as an update.

So far as I am concerned, everything is as plain as a pikestaff - until we get Miscrosoft to help.

sorry, just couldn’t apss up an opportunity to toute my favorite operating system!

It more than just paper sizes. Hmm, let’s try A4 paper size…ahh, 60.6mm. The device will alter the size of graphics as well.

So Angus, how long exactly is that pikestaff?

I have another proposal. Everyone measure the logo on 3 different devices or software applications, we’ll pick one measurement as the handicap, and see who can win the Global Logo Postal Classic.

I hate to differ with my learned friend Angus, but the page in question is an HTML coded PHP webpage. This means that it automatically resizes itself to the screen width it is being displayed on, and unless special steps are taken, the paper size hasn’t a durned thing to do with how it is printed.

Case in point, in this instance the picture remains constant at 53+ mm regardless of paper size or window width. But that is flexible as well–a Mac uses 72 pixels per inch, Windoze uses 96 ppi; the picture will be different on different platforms.

However, HTML can be very cavalier about the size of images. In this case, the code specifies that the enclosing division be 150 pixels wide. The jpg file will be expanded or contracted to fit this space. As I said, the jpg at 100% is 39 mm.

So, I ask again, is there a copy of the original document in a format where we can actually see the magnification of the image, or the original artwork for the image? We can’t trust image sizes of a webpage unless it is in pdf format, or the HTML code specifically sets the image size at 100%. Otherwise, anything said about it is an opinion, and you know what they say about opinions!

If not, then we need to formally put it before the executive immediately for a ruling. I, for one, do not want to see a month’s worth of arguing over the size of the *$@(^&% insignia! 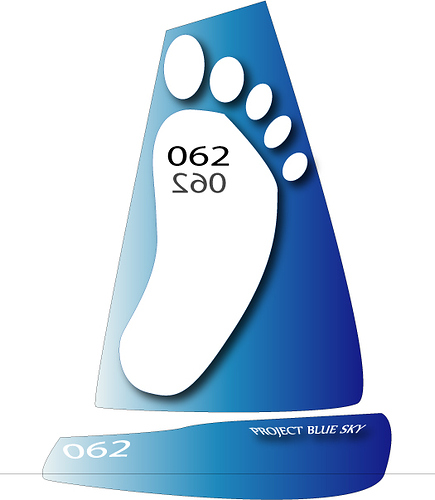