The trans-Atlantic Pants/BLX syndicate is chuffed beyond words to announce that its paradigmatic oceans shifting aqua-phobic craft has confused a french trader into misspending 5Billion euros whilst scratching his head pondering the colour of her leeward amas.

Further confusing is the issue of logo … given that she’s a footy in optimism only, her underwriters have yet to permit that their draughtsmen use a foot with 5 toes … until the issue is resolved American underwriters will be spared the sponsorship salespitch lest the uncertainty further destabilize world markets

Further further, The BlueSky threads elsewhere might just confuse Australian and Cdn financial institutions even even further further, thereby risking impending multi-dollar hedges and the supply of pink foam … as such the managing partners of the Pants syndicate only cautiously suggest that more info can be found by using fingers on a keyboard …

It must be something in the Canadian winter that causes such flights of fancy and radical Footys. That last one looks like a Toronto streetcar with ambitions.
Seriously, though, I would like some explanation about the reason for the most improper tilt of the world’s axis that seems to cause such ice and snow and hard water just when us Canucks wish to test-sail our latest Footys. (I hate to even suggest that it might be a Government conspiracy, Sandra Buckler notwithstanding.) {[ That last word is taken directly from our Constitution]}
Rod
Razor 08 CAN 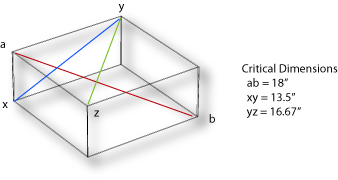 Top secret reminder … there is legal folly in having parts of the rig that start in the box exit the box, or parts that start out of the box re-enter the box during on water manuevers

… the exectuve director of Cdn operations requests that all information be kept from the board of directors, potential investors and shareholders alike

I am overjoyed at your lucid exposition of the position.

The “Angus Richardson Perpetual Biscuit” awarded for creative persiflage may, I think, be awarded to you and retired.

wrt the link http://www.rcgroups.com/forums/showthread.php?p=8942408#post8942408 - I MADE ONE OF THESE.
well actually it was a tadpole shaped water skimmer with 3 legs and tinplate skis at the base of each leg - it was published in Popular Mechanics sometime in the early 1960s Called something like “Skimmer”. Powered by cox babe bee or wenmac 049 with air propellor, and occasionally went well - free sailing on a local lochan.

Sandra? I give up

Leeward bouancy? Please don’t reveal the function of the unusually-located trampoline. (BTW isnt that a top-shelf magazine for on-the-beach sailors?)

I can reveal that the EU arm of the consortium is primed and straining in the slips, while simultaneously standing by their bedouin

Ms Sandra Buckler is the Cdn Prime Ministers Director of Communcations and regarded by all as an agent of non-disclosure. Consequently when parliament meets for the first time today after having not met for much time, Ms Buckler and the PMO will find themselves mired deep in self-flatulation. Pants/BLX has agents standing steady to capture the movements of air as they emanate from Ottawa. These will be bottled and released at the rounding of the first windward mark in Liverpool.

Reminder to syndicate … until we know the composition of the race committee obfuscation is required. More words will be preferable to fewer and reading the post 2/3rds the way down this page will not instruct … http://www.boatdesign.net/forums/showthread.php?t=13681&page=5

Did anybody else fail to open those pics in post one … ?

I’ll resume the position under my flat stone!

Trevor - I have a class of words and expressions called paranyms

The water skater I was trying to remember was, of course “water bug” from 1963 - its VERY close to being legal, apart from a few details.
Interesting (or weird) is that the magazine plan I built it from did not have the pylon on the top - don’t want to think of getting monofilament wrapped round the prop!
andrew

The composites guru is standing by; no reminders needed, his is a worthy alliance.

pssssssss … its 12inches long … one would suffice for the tri-platform with two chopped up as forward amas … two could/would serve for a cat-platform
psssssssss … from the workshop of Mister NP Heron, btw

Digestion of the history accomplished - with no apparent diminution of the illogical spark of motivation.
(please advise me if I inadvertantly use an Anglo-saxon word)

Nice mouldings, good parents. perhaps small for their age and diagonal aspirations?
I am reminded strongly of the Couzinet arc-en-ciel model 71 for some reason

Is there any known reason why a wingsail could not be also a parasail and also a pivot-from-the-tip sail??
I ask only in the interests of clarification

Too short then … NP Heron will be left with a free weekend to muse the impending SuperTuesday and subsequent fall of once great titans.

The pivoting rig promises much … perhaps the syndicate should invite a partner with the inclination to draw one as failure to do so will mean doing so inhouse.

Further to the isue of clarity, future communications has been assigned. Fundraising efforts are continuing, audit committee has located an unassigned 27 cents. Equity positions filling slowly.

Gentlemen, or is it Gentleman Trevor?

Weekend footy racing completed, dust settled and the drowned sail servo back in its rightful mind. (will it do it again?)

Thoughts turning back to Pants/BLX and the intensive build programme - the EU conglomerate is rescheduling committments (but not speling) to make room on the slipways in the foreseeable future. Communications with other regional directors expected soon, (when they wake up)

Rapid and radical prototyping system under development for Pants and other (relatively radical) structures.

EU conglomerate is smockraffled by application of the measurement rule at recent regatta! Rig measurement by arched wishbone resting on “BOX” top edge - hence measuring rig ONLY AT CENTRELINE.
Thats not my reading of rules - but I have a lot to learn

This design is not original with me. I saw it, as both model and full-size, somewhere on the net. The boat stayed level, regardless of the wind force.
Rod

Please expatiate on the smockbafflement … is it as it seems, has the Queen’s realm decreed that a rig only need adhere to the rule whilst at rest in a box … curious and curiouser and hmmm and and and … do we then extrapolate favourable interpretations ?

Thanks for this - there is quite a lot of complexity, but I can see that it would/should work.

The foils are inherently self levelling. The only drawback that I can see is getting up to the nescessary speed from rest, with the foils and other structures dragging in the water. It might be possible to hold the two forward foils clear of the water until sufficient speed is attained, and the tip them downward by means of an extreme position of the transmitter servo-centering adjuster, working upon either the sail arm or the steering arm servos.
I use just such a transmitter arrangement on a Chinese junk which I sail with two servos, using the extreme ends of the steering servo arm to flip a switch turning on and off an electrically driven propeller. There is normally no danger of operating the switch as the centering adjustment on the transmitter is carefully centred.
Rod. Razor 08 CAN

… rig, as has been discovered, presents the first issue … it must extend out the opening in the box and project in that direction at least 30cm AND not come into contact with the box through the entire sailing range … if the platform (hulls and foils) are to fit sideways in the box the only way to deal with the rig is to fabricate an artificial extension and attach mast boom sails etc to it … using the Jon Howes Monofoiler as inspiriation may work (www.monofoiler.com)

… foils are a separate issue … low speed and high lift would point towards the sections used by modellers building small rc slope flyers (gliders) … Doug Lord (www.microsail.com) has done alot of work in this area and is very open to sharing his knowledge … the heads up is that he doesn’t believe piercing foils (like those proposed for this foiler) will provide the lift required … his proposed alternative (t-foils) won’t fit in the box …

… keep in mind also that the drag from foils can be substantial and prevent the platform from reaching foiling speed altogether … see the c-cat project over at sailinganarchy.com

… stability will continue to be issue … foils ARE self-righting, however the gusts experienced by a micr-model are magnitudes greater per square inch of sail area than anything a normal foiler would experience … one good puff could pick up the platform like a leaf … thus I’d suggest the sail and foils cancel each others propensity for lift (imagine the angle of kite, string, anchor) OR build in excess bouancy on the leeward amas (hulls) OR build in superior gust control into the rig (a flexible McRig)

… last thought … there was an interesting proposal for a maxi-proa that may apply … by building in assymetry and swapping bow for stern and vice-versa a wider platform can be considered, rig only needs to stick out one side, and bouancy can be compensated for more easily … the issue with a design like this is the placement and operation of rudder … (if this design appeals to you I’ll do a quick sketch over the weekend)