Today I would like to show you my latest project - this time something for the young sailors - this not controlled boat (FREE FOOTY) called DUNNO (vel NIEUMIALEK/POL, vel NEZNAIKA/RUS vel NIMMERKLUG/DE vel NEZNÁLEK/CZE - more on http://en.wikipedia.org/wiki/Neznaika )
An article about her appeared just now in the Polish magazine The YoungTechnician (the same which previously was Opalek - alas, this time is not available in their entirety on the Web). 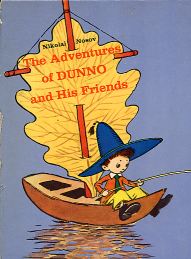 The hull of this model is carved from a block of polystyrene foam for a suitable but simple thermal-knife. It’s very easy to build a model dedicated to the skippers for 12 years (we plan to prepare about 100 such sets by July, we want to play such a special race boat during the next EU Footy Grand Prix in Wroclaw).
BTW: We are still waiting for reports of a senior captains RC boat from western Europe…

If you interested in this project - let me know. I will try to describe it further - also in English.